onStart() Method In Android With Example

Android is the most popular open source operating system for mobile devices like Smartphone and Tablet. This OS is based on Linux kernel which is currently developed by Google. At Google I/O 2014, it was revealed that more than one billion per month people actively uses Android. As of July 2015, Statista revealed Google play is the largest mobile App store which has over 1.6 million Apps and billions of application gets downloaded every year. This data simply show you are in the right field which will continue to grow for at least next 5 year. So just don’t waste your time and start learning Android programming which can easily get you a lot of money.

Before you begin Android programming below are the prerequisite needed:

Android programming is mostly done in JAVA language. So before you begin Android programming you must be comfortable with JAVA and OOPS concepts. If you are new to Android we recommend you to check out our JAVA for Android section where we have shared in-depth tutorial on JAVA.

Once you are done with JAVA the next thing you need is basic knowledge of XML for designing UI of Android App. Even though Android Studio has drag and drop for designing UI but still you will need to learn XML if you want your UI is highly user interactive. You can check out Design Android UI section to learn it.

Lastly you will need Android Studio and SDK for creating Android Apps. They both are available for free download. 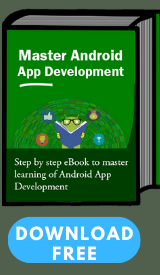 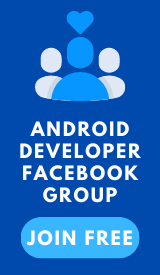