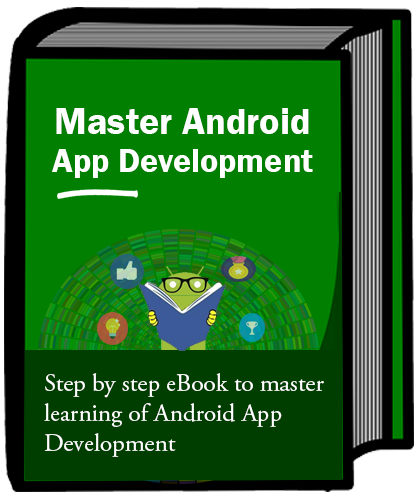 Android UI designing can be done either in XML or programmatically in application. But the Android UI designer mostly prefer XML for defining UI because it separate the presentation from the code and makes easier to visualize, manage, edit and debug the App.

Here our in depth tutorial will teach you Android UI designing step by step starting with XML basic, layout, widgets and attributes with examples. Following it you will learn different UI Design techniques, patterns & principles and finally we will show you lots of examples where we will discuss designing of different Apps from scratch to finish.

Android Studio is the official IDE for developing Android App created by Google. It has a very simple layout editor which support drag and drop for designing UI where one can drag layout, widgets, text fields etc. and drop it on the Virtual mobile screen to design Android UI. It also has the properties option where one can easily fill attribute like color, text etc to give attractive and pretty look to UI. The Studio also has Text option where one can see the XML code of the UI and edit it.

If you are new to it then check our Android Studio guide.

Layout – Layout are used to define the actual UI(User interface) of our application. It holds all the elements (i.e. views) or the tools that we want to use in our application. For example, TextView, Button and other UI elements.

Types Of Layout And Few Important ViewGroup In Android

Adapter – Adapter acts as a bridge between UI component and data source that helps us to fill data in UI component. It holds the data and send the data to an Adapter view then view can takes the data from the adapter view and shows the data on different views like as ListView, GridView, Spinner etc.

Different types of Adapter in Android:

What’s Next Tutorial To Learn: 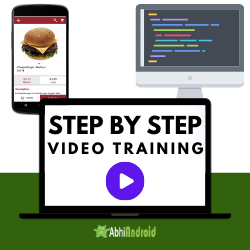